Skip to content
Previous Next
Drones For Maritime Industry 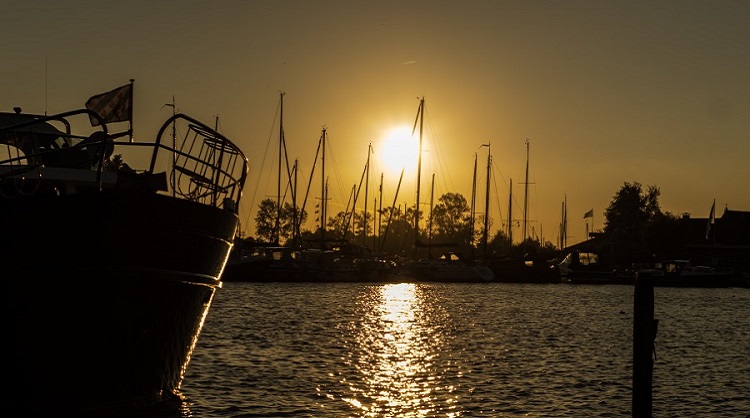 The Use of Drone Technology in the Maritime Industry

Thinking of using drones for maritime industry and offshore services? Then knowing the difference UAVs making in the sector, will be important in taking such decisions. The Return of Investment, for using drones in maritime and offshore, can be significant. In this post we will highlight the deployment and advantages of drones in this industry, in depth and detail.

Collecting data via UAVs can be considered cheaper, faster, and safer. For instance, in a maritime context, sending a drone to inspect the extent of a flare tip is much simpler and less risk-inducing than deploying human means. Drones can access the worst of environments and conditions, such as industrial chimneys, which would require all other works to stop operating should human resources be used instead. Thus, a drone of relatively modest cost could save costly delays and generate over a million euros.

UAVs also have safe access to places where no humans dare tread. Think of the worst weather conditions, rains, and freak storms! Drones have the capability of braving any intense weather conditions- be it storms, rain, hail, or snow- to gather data. More than that, UAVs are designed to go underwater, and the applications of such drones are practically infinite.

Drones can be conceived as simple sensors in the sky, yet they can also capture and collect images from different angles and perspectives. When they are combined with information from stationary cameras, their deployment can extend to create awareness. The European Maritime Safety Agency (EMSA), for example, uses drones for border control, pollution inspection, and detection of illegal activities, such as fishing and drug trafficking.

Commercial companies & maritime operators are always seeking to expand the functions of drone services in a bid to revolutionise the maritime industry by offering solutions that reduce risk, time and cost of many operations whilst improving the value of the data captured. The US Navy has also made use of certain drones to ascertain maritime surveillance around California at all times. Sensors on this type of drone can distinguish, identify, and monitor ships from miles away and send the information to officials in near real time.

Drones against Distress at Sea

Drone technology can also be of aid to those who find themselves in great difficulty at sea. A drone equipped with Visual Detection and Ranging (VIDAR) can distinguish and recognise hundreds of large and small objects at sea in several conditions. VIDAR is tiny, light and self-contained and can be used to dramatically improve the cost-effectiveness of maritime operations, such as search and rescue.

How about finding lost people? Scenarios where drones are sent to find ships that have sent out emergency messages quickly in real-time video, have been envisioned in great scope and detail. Not only have they been made available to provide key solutions, they are specifically designed to guarantee safety measures.

This was the case when two boys were struggling in a heavy surf in the eastern coast of Australia and within a few minutes, a floating mechanism was dropped down by a drone. Whilst the search and rescue efforts deployed are already quite developed, the advantages of UAVs are expected to become further defined.

Drone-based deliveries to ships at sea are being planned to be launched into the market soon. This is not only cost effective, but it can allow for the phasing out traditional costs and logistics in certain regions. The evolution of autonomous offshore utility vessels will be a natural expansion of drone technology. This could lead to a reduced number of accidents and deaths by having people removed from dangerous conditions and situations aboard a ship. The missions that autonomous vessels could be deployed for, could be quite varied and large in number.

Further information and queries on the use of drones in the maritime sector could be referred to at Hawk Aerospace Ltd, by sending an email on this address: info@hawkaerospace.eu.